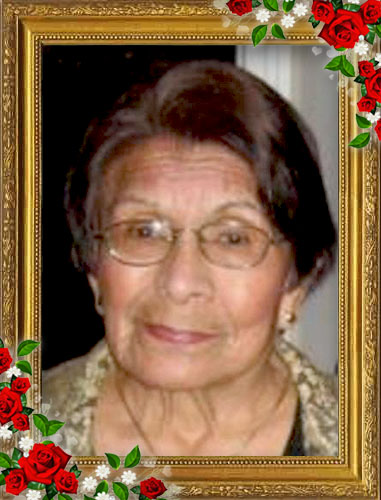 Mita Peña was a simple woman with the biggest heart who knew how to make people smile.

She and her husband moved their family of five children to the United States in the 1980s to avoid the danger and the chaos of the terrorism of Maoist revolutionaries attempting to overthrow the government of Peru. They left all their family and friends behind.

When the situation in Peru settled down, Mita would go back during Christmas time every year or two. In retrospect, her children think she spent most of the year preparing for these trips: going to garage sales, hitting the dollar stores and buying gifts.

They had a large family back in Peru because Mita came from a family of 18 siblings! Her family in Tulsa always assumed she was taking things for her siblings and countless cousins, so they would always pitch in and pay for the extra suitcases she would take with her.

When Mita passed away in 2009, her daughter, Tina, says she had been the “sun around which they all revolved.” So as you can imagine, they were heartbroken, and her death left a huge void in their lives.

It was around March of 2010 that her siblings back in Peru started hearing stories of Mita having brought gifts for years to lots of people, not just family members. It was then that her family realized she’d had a “secret mission” all along! She had blessed children outside of her own family and their families by taking them gifts from the United States.

Mita’s family was so moved by what their mother had done all those years. And so as a way of preserving her memory and her legacy, and to continue the work she had begun, Mita’s Foundation was born.